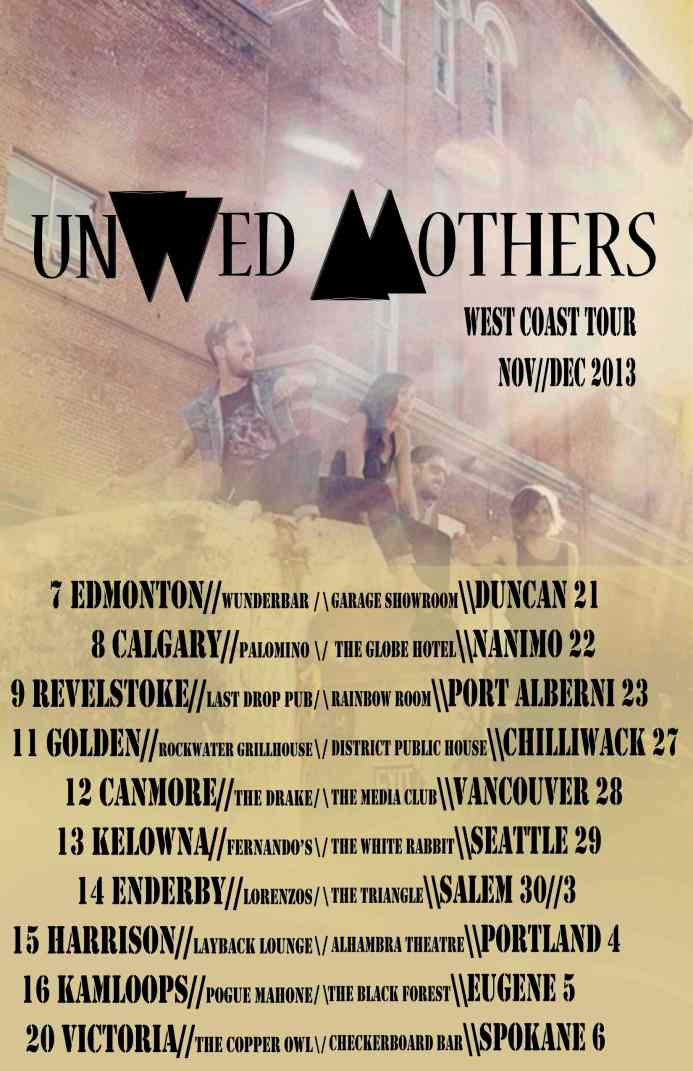 Unwed Mothers is a four piece blues-rock outfit from Edmonton, Alberta. The group came together in the summer of 2012 and haven’t slowed down since. The band delivers a gritty, aggressive style that boasts fat guitar sounds, heart shaking beats and power house vocals.

The release of their debut album in the spring of 2013 was met with glowing response from multiple publications including Blues Rock Review (US) and Indie Bands Blog (UK). The 8 track compilation showed off their flexibility in style and impressive lyricism giving audiences an introduction to a group that expresses a strong sense of musicality while dabbling in multiple genres. Within months of forming the band was invited to showcase at Canadian Music Week 2013 in Toronto and soon after their return they were back on the road touring Western Canada from Vancouver to Saskatoon. With each live performance their fanbase steadily grew and Unwed Mothers entered the regular rotations on College Radio stations all over Canada charting #2 on CHLY and entering the top 20 in multiple other cities. In September, the album’s single “Skeletons” caught the ear of their local alternative radio station and the group earned the coveted position of the Sonic 102.9FM Band of the Month which was accompanied by headlining show at The Starlite Room where they played to a packed house. The feature led to some additional exposure including a live performance/interview on Global Edmonton’s Breakfast Television and a live acoustic webisode on Balcony TV.