So did you get a chance to get some rest after the highly-successful Keloha festival?  Lots of options for this weekend in Kelowna!

The Vibrant Vine has been having live music every Friday and Saturday for over a month now, and that continues this Saturday with The Charming Sportsmen!

Full listings of events for the Vibrant Vine

The Vibrant Vine winery, opened in 2009, has had much success getting their uniquely wrapped wine bottles into over 100 stores throughout BC. Tony & Erin Lewis are excited to combine their wine-industry knowledge with a compassionate mission inspired by their 3- year-old daughter Madi. The Pajama Project; a new global program that will provide pajamas to children who are with out.
Dr. Rick & Barb Wilkerson, recently adopted a boy from a Haitian orphanage. Following the adoption, their family decided to continue a relationship with the orphanage, providing financial support and other resources. The seed for The Pajama Project was planted by Tony & Erin’s 3-year-old daughter, Madi. When she was asked what she wanted for her upcoming 4th birthday, she responded: “I want to send pajamas to all the kids at Grandpa Rickʼs orphanage.” Tony and his wife, Erin, have allowed the idea to blossom into The Pajama Project.

The Pajama Project will launch with a Pajama Jam on October 15, 2011 (Madiʼs birthday) at The Vibrant Vine winery. Amazing  musicians, wearing their pajamas, have signed up to donate their time and musical talents to hold a concert that will include great music, palette-pleasing wine, good times, and of course, pajamas. There is no cover for the event, and wine will be available for purchase. Visitors are asked to bring a new pair of pajamas that will be hand-delivered to an orphanage in Haiti.
Moving forward from October 15th, The Pajama Project will sell specially labeled wines that will be sold in liquor stores across BC. For every bottle of wine sold, The Pajama Project will send one pair of pajamas to a child in need. Tony and his wife Erin have connections to initially provide pajamas to children in Haiti and are currently researching leads to expand The Pajama Project around the globe.

The driving mission behind The Pajama Project is to send love and hope across the world to children who donʼt have much of anything – especially not pajamas of their very own to give them comfort at night.  The Pajama Jam will be held at The Vibrant Vine: 3240 Pooley, Kelowna. It will begin at noon and run through the evening (at least til 5 pm).

For interviews, more information on The Pajama Project or to arrange to have media coverage of The Pajama Jam, Tony Lewis can be reached at 250-575-8173 and at Thevibrantvinebc@gmail.com. 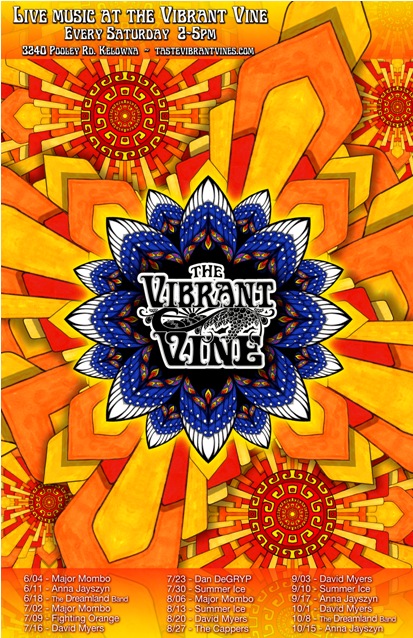 With two big shows at Habitat – Library Voices, The Pack AD, and the hometown shows for Kevin Kane, We Are the City and Yukon Blonde, there are lots to choose from this week! 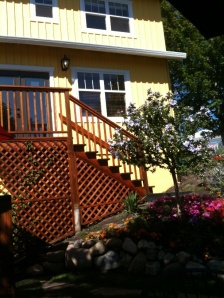 Last Saturday afternoon I took in the live music at Vibrant Vines Winery.  Dave Myers and his sister,       Rebecca, provide a great afternoon of acoustic tunes in the vinyard. The Vibrant Vines Winery has been doing  this all summer, and you still have until October 15th to catch the entertainment there.  You can catch Dave & Rebecca again on Saturday, October 1st.  See you there!  Checkout the lineup! 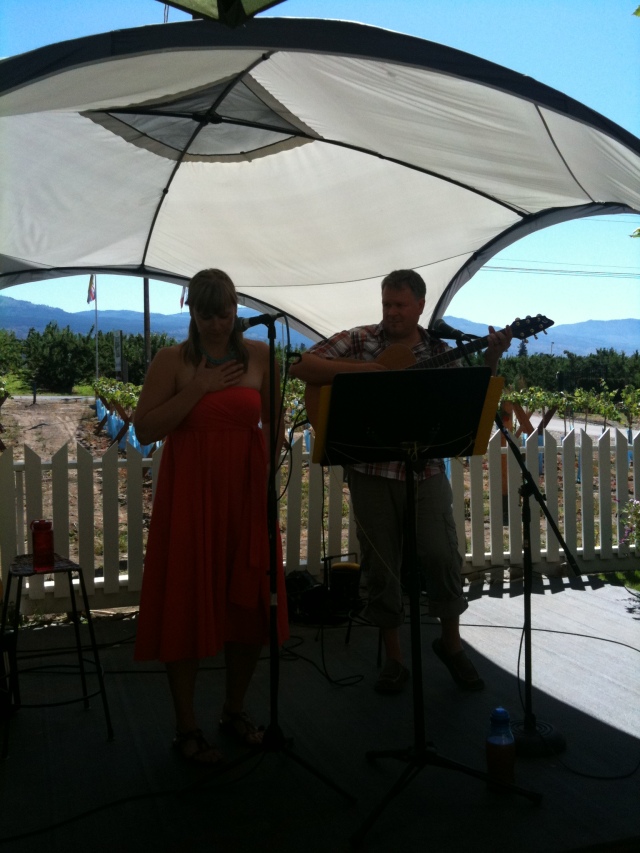