Check out Music i the Park in West Kelowna!

“Celebrate Canada Day – Kelowna” is an annual, free community festival held in Prospera Place and Waterfront Park for residents and visitors to celebrate our nation’s birthday. There are over 50+ activities and performances that are multi-generational and family-friendly, sure to entertain festival goers all day long.  Here’s Festivals Kelowna’s Facebook event page!
Parks Alive! Power Stage presented by Power 104 FM (Island Stage), 12:30 – 9:30 pm

By Jane Stevenson, QMI Agency
Not every new (ish) group gets courted by a major rock veteran.

But, at one point, Vancouver pop trio Hey Ocean!, whose major label debut, IS, came out last month, were seriously wooed by Gene Simmons of Kiss for Simmons Records.

“We set up this showcase and played for him and then he took us out to dinner and talked to us for six hours almost,” said singer-flute player Ashleigh Ball alongside her two Hey Ocean! bandmates, singer-guitarist David Beckingham and singer-bassist Dave Vertesi, at Toronto’s Sugar Beach recently.

“I did a series of different demos for him on this Janis Ian song called At Seventeen, and he basically wanted me to sing it really poorly, like not over-sing it. So I basically drank a bottle of wine one night at a studio in Vancouver and ended up singing … like a bad Britney Spears imitation.”

The group, who have been managed by Nettwerk since they formed in 2005, start a series of Canadian festival dates and headlining shows this weekend in Edmonton.

“(Gene) gave us some really amazing food for thought ’cause he has a really unique and interesting view of the music industry,” said Vertesi. “But, at the end of the day, it was like, ‘it just didn’t feel right.'”

Hey Ocean!, who get their band name from a storm-ridden Costa Rican surfing vacation during which Ball and Beckingham ended up screaming at the sea in anger, have a long personal history.

Unbelievably, Ball and Beckingham have known each other since Grade 5, when they attended different schools and their sisters tried to set them up.

And Ball knew of Vertesi from his early musical theatre and singing competition background, but didn’t meet him until he caught her and Beckingham performing much later as an acoustic duo.

The album title IS speaks to what Vertesi calls “an existential crisis,” recording it first in Toronto in summer 2010 with producer Gavin Brown (Metric, Billy Talent), before later returning to Vancouver to finish the record as self-producers, with Vertesi taking the lead on creating “a cleaner and more polished sound,” with the hope of getting more radio play.

They previously had the IS song Islands played on a 2012 episode of the CW series One Tree Hill.

“It took like coming to a breaking point to figure out what the reasons were (for doing this),” said Beckingham. “It was a negative time for sure.”

Said Ball: “We were all just losing it. I was calling home every day, being like ‘I don’t even know what we’re doing out here.'”

Added Vertesi: “We know ourselves better then anyone is ever going to, so I think it was an important experience for us to go through.”

Early Bird tickets are SOLD OUT online. Your only chance now is to grab them in stores before they are all gone too!! Pick them up at all 3 Freeride Boardshop locations, Island Snow, Pit Pit, and Dunas Skate Shop in Vernon.. 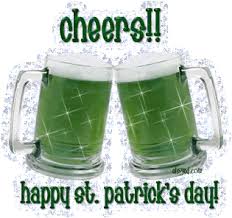 I previously mentioned the new Keloha music festival coming to Kelowna’s Waterfront Park on the July 6th weekend.  Wet Ape productions are bringing a world-class event to the Kelowna waterfront.  Stay tuned for Artist lineup and ticket info in a few weeks…

KELOHA will feature 2 stages and showcases a number of art exhibits. The music will feature indie rock, alternative, electro pop, folk, and anything else you want to hear!

The Rock the Peach Festival has been getting some press lately with the release of the first round of artists – RONNIE DUNN, WALK OFF THE EARTH, COLLECTIVE SOUL,  SAM ROBERTS BAND,  BLACKIE & THE RODEO KINGS,  WAR and THREE DOG NIGHT.  The event takes place in Penticton on July 27-29th, 2012.  Now, another new Festival, the Keloha Festival will take place in Kelowna on July 6-8th, 2012.  See you there!

Check out the news & rumors…